Adapted from “Limelight,” by Terence Pepper

James Abbe deserves his place in the hall of fame of great photographers for the two important strands of his career: as portraitist to the glittering stars of the 1920s world of theater and film, and as a pioneer American Photojournalist observing firsthand the dramatically changing European cultural and political situation in his various travels throughout the late 1920s and 1930s.

Abbe was lured to the limelight of the east and west coast film studios of America and the theater stages of New York, London and Paris. In each place he managed to encapsulate the illusions of performance into still visions of enchantment.

James Edward Abbe, the third child of Octa Amelia Terry and James Edward Abbe Sr., was born on July 17, 1883, in Alfred, Maine, while the family was traveling around the state on one of his father’s book-selling expeditions. In 1892 the family moved to Newport News, Virginia, where Abbe’s father acquired a bookstore and stationery business, and the family lived in rooms above the premises.

In 1895, at the age of 12, James Abbe first became interested in photography after he saw the camera belonging to his sister’s beau, George Smith. James, with George, persuaded his father to apply for the Kodak agency license to sell cameras and develop and print film, and he acquired his first one-dollar Kodak camera.

Abbe became known as “Pictures, or sometimes “Pic” for short, as the boy photographer of Newport News covering the burning of a grain elevator, battleship launchings and troops starting off to war, as well as framed, sepia prints of atmospheric studies. Abbe’s photograph of the USS Maine in 1898 had newsworthy appeal when the ship blew up shortly afterwards in Havana Harbor. 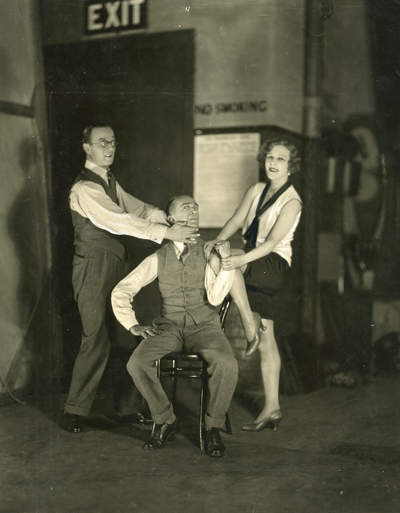 Abbe landed his first important overseas photographic assignment, working for the Washington Post to document the voyage of a small fleet of US battleships as it traveled to England and France in a show of strength. The fleet anchored in Portland Harbor, Dorset, and during his three weeks in England, Abbe produced postcards of the nearby Weymouth docks and spent a week visiting London, where he witnessed a suffragette march on the Houses of Parliament led by Mrs. Pankhurst. He later recalled, “I saw just enough of London, of Londoners, music halls, pubs and their publicans to whet my appetite for more, and much more I got between 1923 and 1934,” when he returned as a renowned photographer and journalist.

The first film star Abbe photographed was Marguerite Clark. Although now more or less forgotten, Clark was one of the highest paid and most popular stars of her day. The New York Times ranked her as one of “the big four,” her fame rivaling that of Charlie Chaplin, Mary Pickford and Douglas Fairbanks Sr., all of whom Abbe also captured.

Perhaps his most enduring relationship in the film world was with the Gish sisters. Lillian Gish is thought to be the greatest dramatic actress of the silent era, and her sister Dorothy, capable of a wide range of acting styles, was one of the greatest comediennes of the time.

Abbe visited Hollywood in 1920 and 1922 where he took portraits of Mary Pickford and Charlie Chaplin, and also directed a film for Mack Sennett. After working for seven months on location in Italy on the Ronald Coleman — Lillian Gish film, The White Sister (1923), Abbe made his base in Paris. His main reputation as a theatre photographer preceded him and soon he was gravitating towards the best in French theatre and revue, including the Dolly Sisters, and Mistinguette, introducing them to a world-wide audience through his picture syndication. 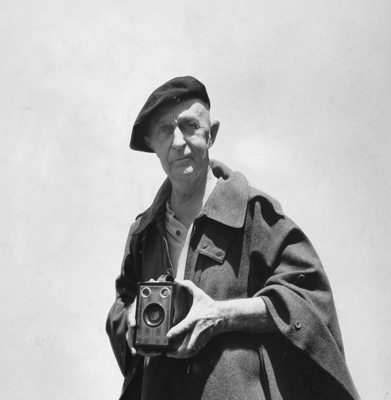 Abbe soon became one of the leading celebrity photographers of the 1920s and is best known for his iconic portraits of stars of both cinema and stage. He quickly established an international reputation, appearing in Vanity Fair, Ladies Home Journal, Vogue, British Tatler, French Vu, and many other publications.

Throughout the 1920s, Abbe made regular trips back and forth between Paris and London to photograph theatre and film-making activities. He also traveled to Spain, Germany, Russia, the US, and Mexico as a correspondent.

Turning increasingly to photo-journalism, he became the first Westerner to photograph Stalin in the Kremlin, and wrote a book titled “I Photograph Russia,” containing photos forbidden by the Soviet regime.

After covering the Spanish Civil War, Abbe returned permanently to the US to work as a radio commentator during WWII. He retired from his final career as a TV columnist for a newspaper in the San Francisco Bay Area in the early 1960s.